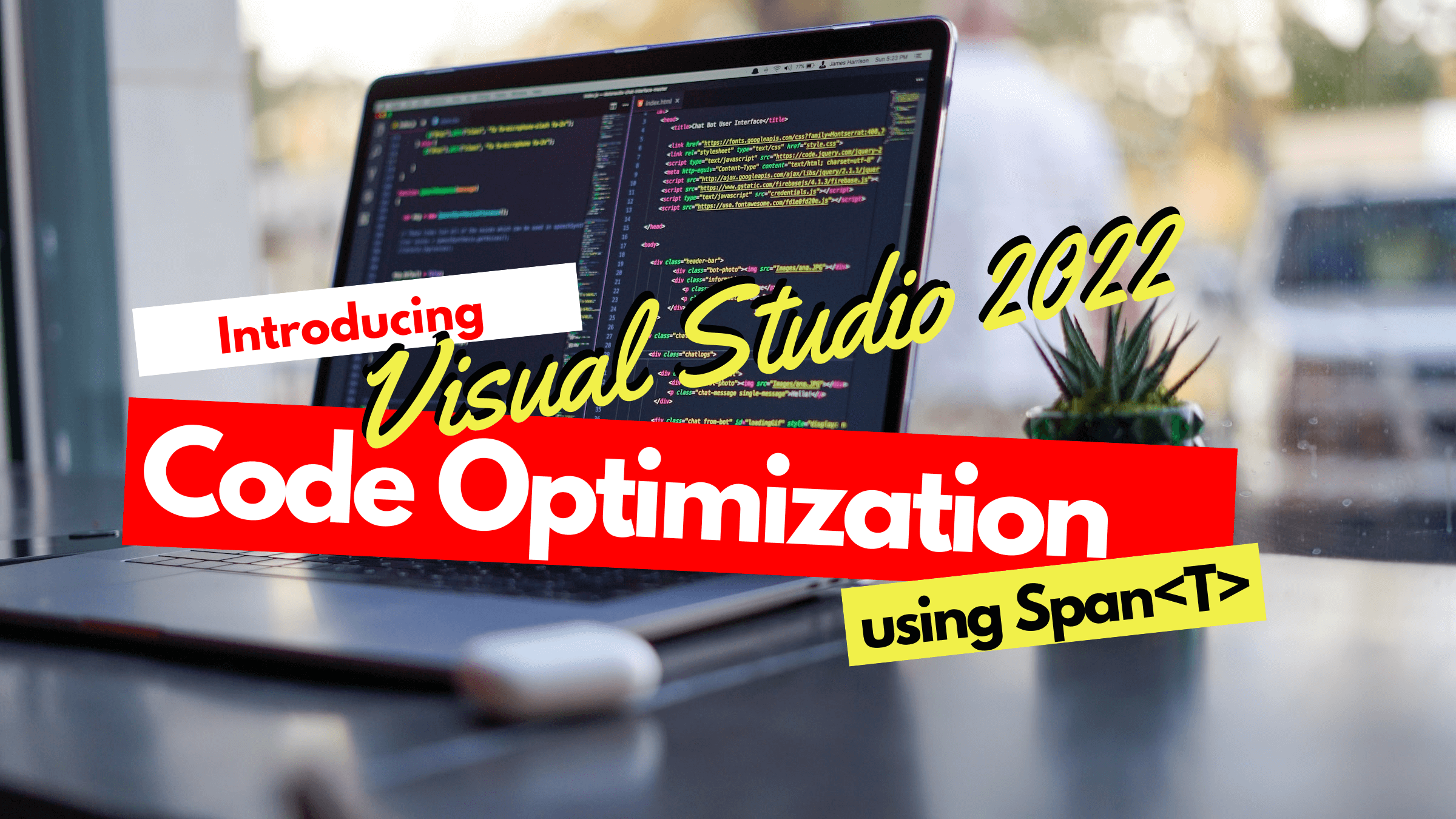 Code Optimization is a topic that gets a lot of attention. With the release of .NET 7, a thousand performance-impacting PRs went into the runtime and core libraries. This means that .NET 7 is fast, really fast, and it deserves a closer look if you want to optimize your codebase. In this article, we will look at a specific feature called Span<T> and what it can do to improve the performance of your code.

Not quite what you were looking for? Try these links instead.

Introduced in C#7.2 Span<T> enables a window into contiguous regions of arbitrary memory. It also has a related type ReadOnlySpan<T> that gives developers a read-only view of in-memory data. You can use this to peek into the memory space occupied by an immutable type, such as a string.

Span<T> is limited to being allocated on the stack because it is defined as a ref struct. This is to ensure that there are no additional heap allocations. It is for this reason that you can improve the performance of your code. Let’s see an example of how to refactor a simple block of code to use ReadOnlySpan<T> that will optimize the code and avoid unnecessary allocations.

An Example of using Span<T>

Consider the code below that uses substring to return a date.

The method SubstringMethod can be optimized using ReadOnlySpan as illustrated in the following code block.

Here we use the Slice method that takes an existing span and slices it into a smaller window. This is a low-cost operation because we aren’t copying anything. We are providing a new span that offers a window into a subset of the existing memory range.

I then called this from my Main method in the following way.

Running the Console Application in release mode produced the results in the screenshot below.

Apart from the reduction from 63.52 ns to 35.72 ns, the SpanMethod did not make any allocations on the heap. To visualize this, let’s look at the difference using two simple diagrams to represent using Substring and Span.

Visualizing What this Means

Strings are immutable. This means that once they are created, they can’t be changed. If you create a substring from a string, you create a new memory allocation on the heap. For the SubstringMethod we can think of the allocations as follows.

Because strings are immutable, a new memory allocation is created for each substring you make for the value containing the substring value. You are, in effect allocating double the memory on the heap. Once this goes out of scope and no more references point to them, garbage collection will occur.

If, however, we use Span the picture looks a lot different, as illustrated below. Thinking of the code that is used to get the month value of 12, we used dateSpan.Slice(0, 2). The span will store the memory address of the string and also keeps an offset of 0, resulting in 0x01+0. The following address also holds the length of 2 that it must read. This is a pointer to a specific subset of data at the memory address containing the string. The best is that we didn’t have to allocate any additional memory.

The reason using span is so memory efficient is because it only deals with already allocated memory. Be sure to look at more resources online for information regarding Span<T> and see how it will benefit you.